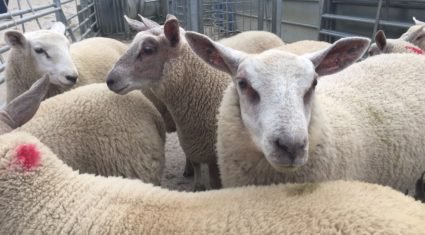 In recent years worm resistance has become a big problem in our area. Some farms have resistance to one or two of the 3 wormer groups and others to all three wormer groups. The first signs of resistance usually noticed by farmers are poor weight gain, ill-thrift and scour, despite lambs having received worming treatments. Resistance can be detected long before it becomes a clinical problem so resistant worms have been established in the flock for some time before these signs are noticed. We can now check dung samples in our clinic in Rathdrum to verify resistance.

Most resistance is seen in farms that did the most to control worms.  This leads to too much use of wormers.  Sadly, the development of resistance has been an inevitable consequence of good short term worm control and not necessarily the result of bad farming practices. Unfortunately, most of the recommendations given to help slow down the development of resistance involve compromising the control of worms in the short term.

There are new wormers now which have no known resistance. It is important that these wormers are used sensibly and strategically to get best results.

To help prevent worm resistance take into account the following;